The year is crawling to a close and it’s time for some reflection on the great Sci-Fi creations that have come out of it.

I’ve been busy working on sounds for both an upcoming sci-fi film as well as the mysterious game for the magical Magic Leap, both of which are absolutely incredible! I can’t wait till they’re released so that I can talk about them.

It certainly is a boom time for sci-fi, in books, films, games, and TV.

Science in general seems to be quite popular too.

This might have something to do with the current push for humans to go to Mars?

Or maybe, its due to a cultural fear of Earths’s demise caused by our misuse of current technologies?

Or perhaps, it’s the fact that this, 2015, was the year of the future that Marty McFly travelled to in the Back-to-the-Future series?

Or just maybe, it’s because we’re all eagerly awaiting the new Star-Wars film? 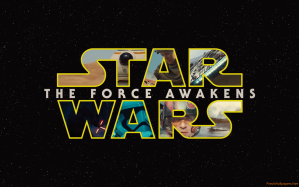 Whatever the reason, I am loving the eclectic and inspiring science-fiction I am seeing today, from block-busters right down to short films and indie books.

My own favourite Sci-Fi highlight of the year is up in the air, pending the release of the aforementioned Star-Wars film 😉

But aside from that, I’d probably have to say the most inspiring Sci-Fi stuff I’ve seen this year is the films and projects I’m working on. Unfortunately I cannot disclose any details about these jobs, but one day, I will.

Working with a host of creative people in the film and games industry is just about as fantastic as life can get. I feel very blessed.

Are you loving this Sci-Fi boom? What is your pick of the best Sci-Fi highlight for this year?